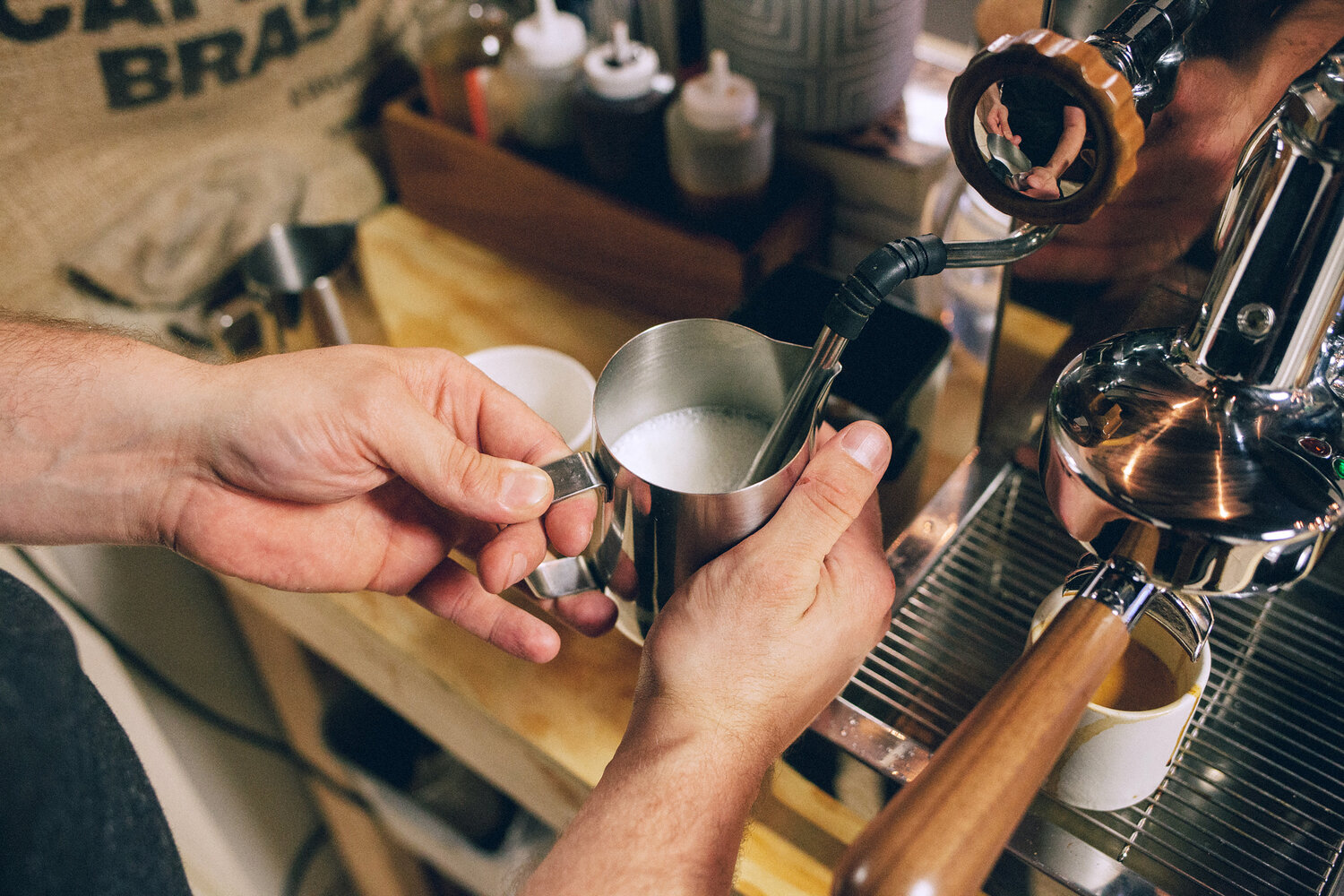 Zan Roach may qualify as the most philosophical member of the coffee scene in Memphis.

As much a deep thinker and intellectual about the value chain and the seed-to-cup path of coffee as he is with, you know, pouring you a delicious cup of joe that you immediately want to Instagram.

For proof, just look to Boycott Coffee, the name of the enterprise that Zan started as an Instagram account, which eventually took on something of a life of its own, incorporating disparate elements like a coffee pop-up that was called Drink Humanely. 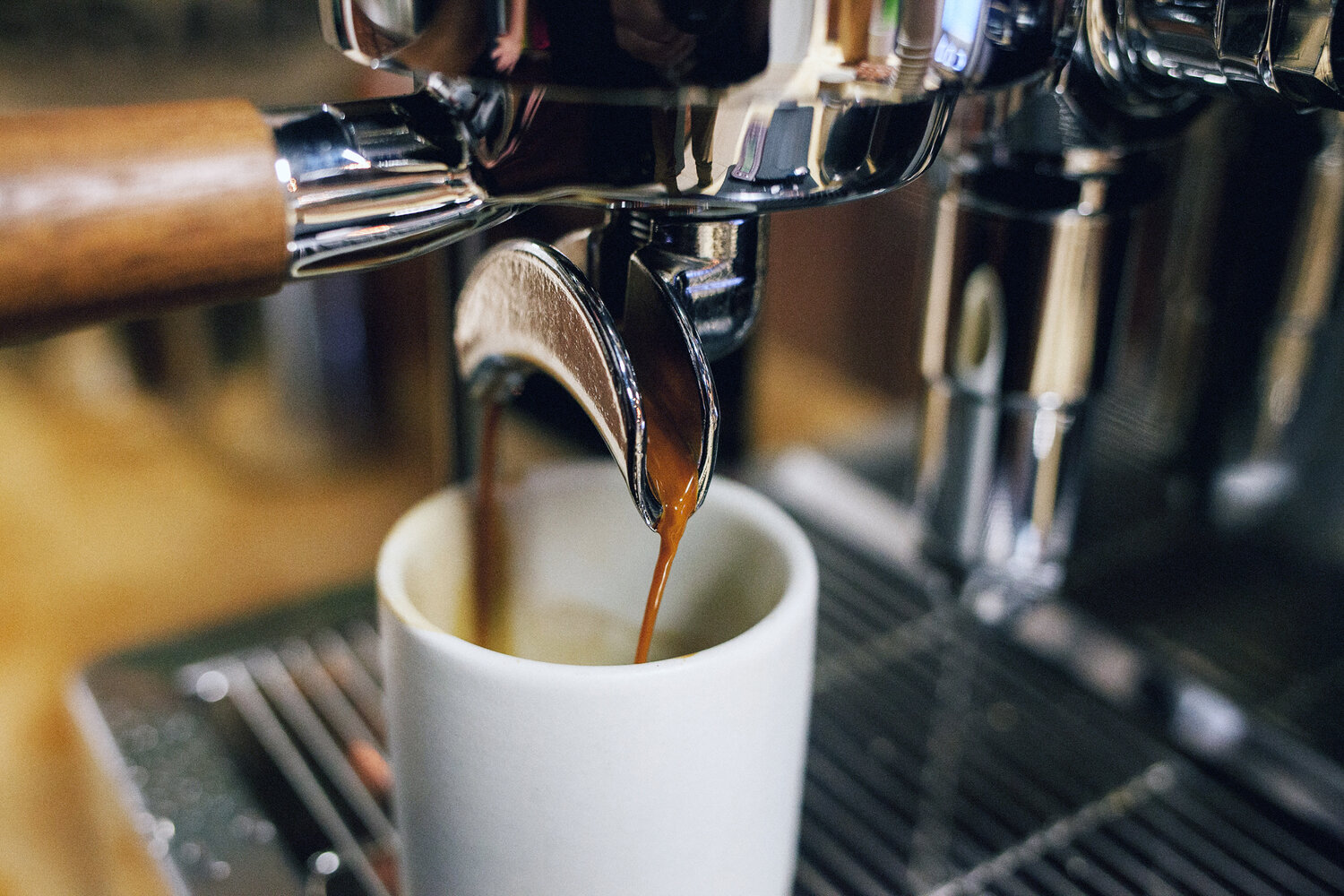 Boycott Coffee. It’s provocative, isn’t it, when the name of your brand kind of rails against the very thing you’re doing? Then again, that’s Zan’s point and what he’s all about.

This ex-Starbucks manager grew disillusioned with the overly pretty, heavily filtered, sanitized, cutesy-latte-art-driven side to the coffee scene that he saw taking hold both here and elsewhere.

Which is why, when he’s not roasting coffee for other entities around town like Edge Alley, you can find him leaving his musings about what he likes and doesn’t like about the coffee industry at @boycottcoffee, where at the end of September 2019 he left a kind of personal manifesto (of the sort that’s definitely not what you hear in the typical coffee klatch): 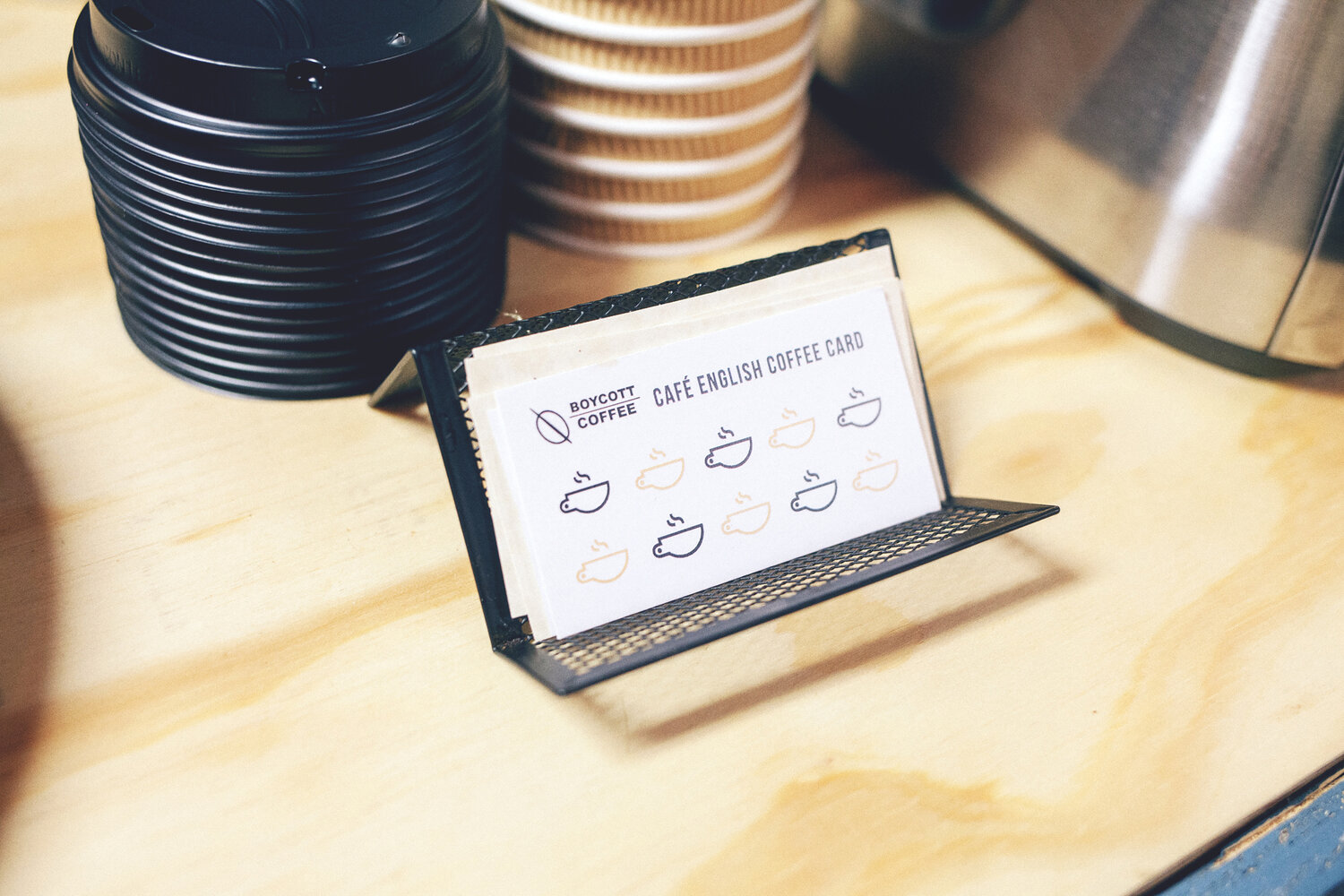 “I have had [a] personal dilemma with a few things,” he writes. “1.) Building coffee spaces for others but with my presence sort of lingering. 2.) Qualifying worth and sense of belonging in a space that has been fueled by an industry erected out of colonial rule ancestral to me is a zero sum game I don’t have the gusto to play—but I’m involved in and benefit from daily.

“In Memphis, we have community leaders, old and young, coming forth to speak and push for not just a better future but a just and wealthy present. I belong to a race and grew from a class that has made the hardships and current devaluation of people like this and all along the coffee value chain a horrendous reality. … I can make friends and have professional relationships with POC in the coffee scene, or migrants, or LGBTQ—and things in this city can improve greatly for members of those communities—but there is still a rung of this misshapen societal ladder that bears my name that will need to be dismantled. That will need to be removed and repurposed. I am the type of coffee that I Boycott.”

Like we said, definitely not the kind of thing that hits you when you step through the door at Starbucks to order a venti latte, or when you’re sitting down to enjoy pastries at Café Eclectic or wherever else (chain or local) you get your caffeine fix. 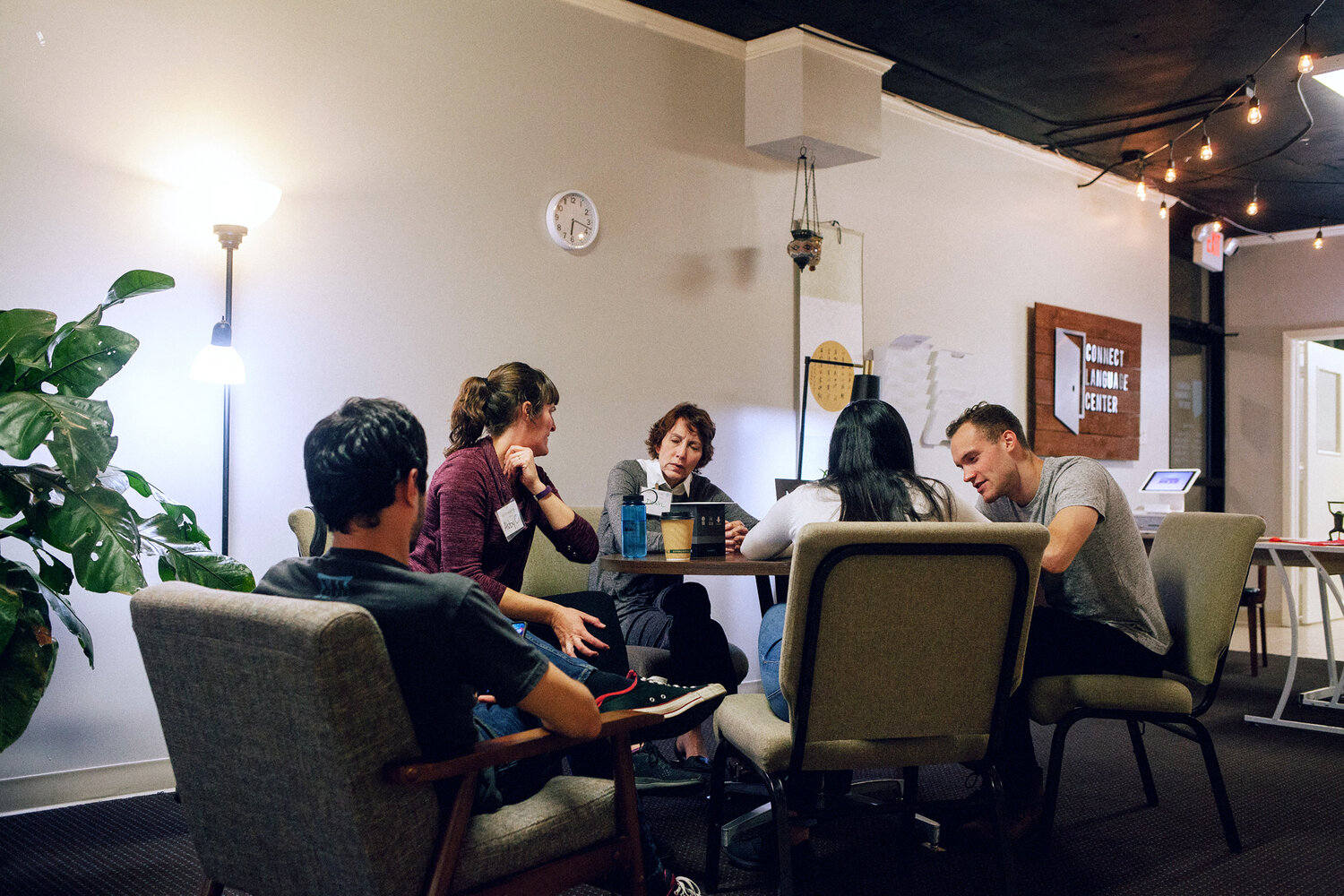 “Boycott really started on Instagram,” Zan tells Edible Memphis. “Not out of frustration about where the coffee industry was going, but more of just kind of an effort to spotlight particular issues. Anything from barista and worker rights to the potential for career growth. It evolved into how we were talking about coffee.” He wasn’t in a kind of clenched-fist, activist stance about his passions at that point, he explains: “I think at the time there was a lot of language and kind of a café culture that was springing up and focused more on the aesthetics of coffee—Instagram, kind of the allure of café culture—versus what is actually happening on the ground. Where crops aren’t yielding or production costs are outweighing value received.

“It was like, we can highlight and throw a filter on our favorite latte, but on the other end of the value chain, on that side of the whole bean-to-cup scenario, there are a lot of producers and exporters who are suffering. It’s teetering on exploitation.” 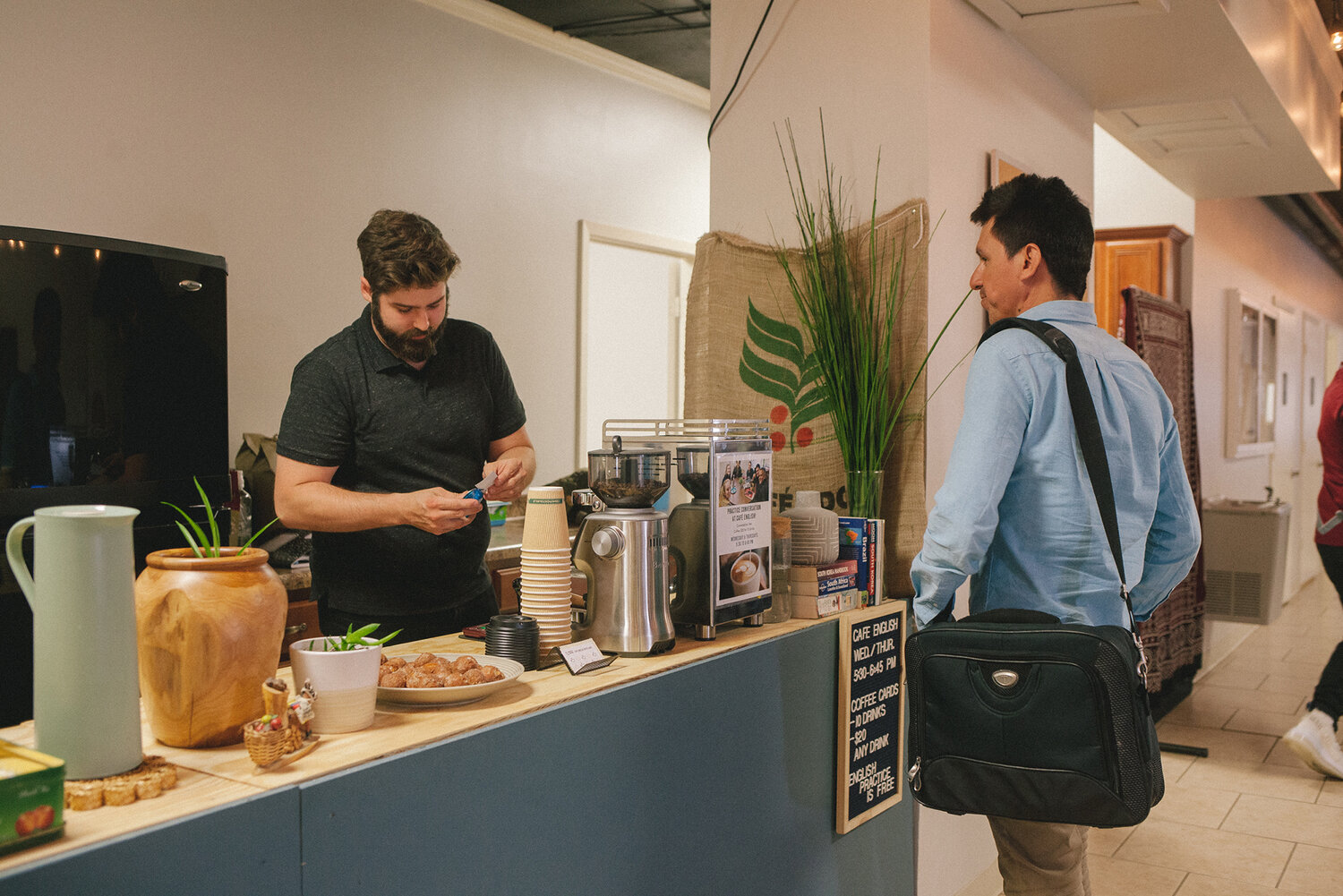 If you’re Zan, Drink Humanely was one way to push back on that, against the status quo. It was a manifestation of the Boycott Coffee M.O., as summarized in Drink Humanely’s very first Instagram post: “We care. We source ethically. We reduce waste and compost. We infuse vitality into your sipping routine. We believe in the future of our fellow Memphians.” Get it? The concept is coffee, but it’s also about much more than just the coffee. 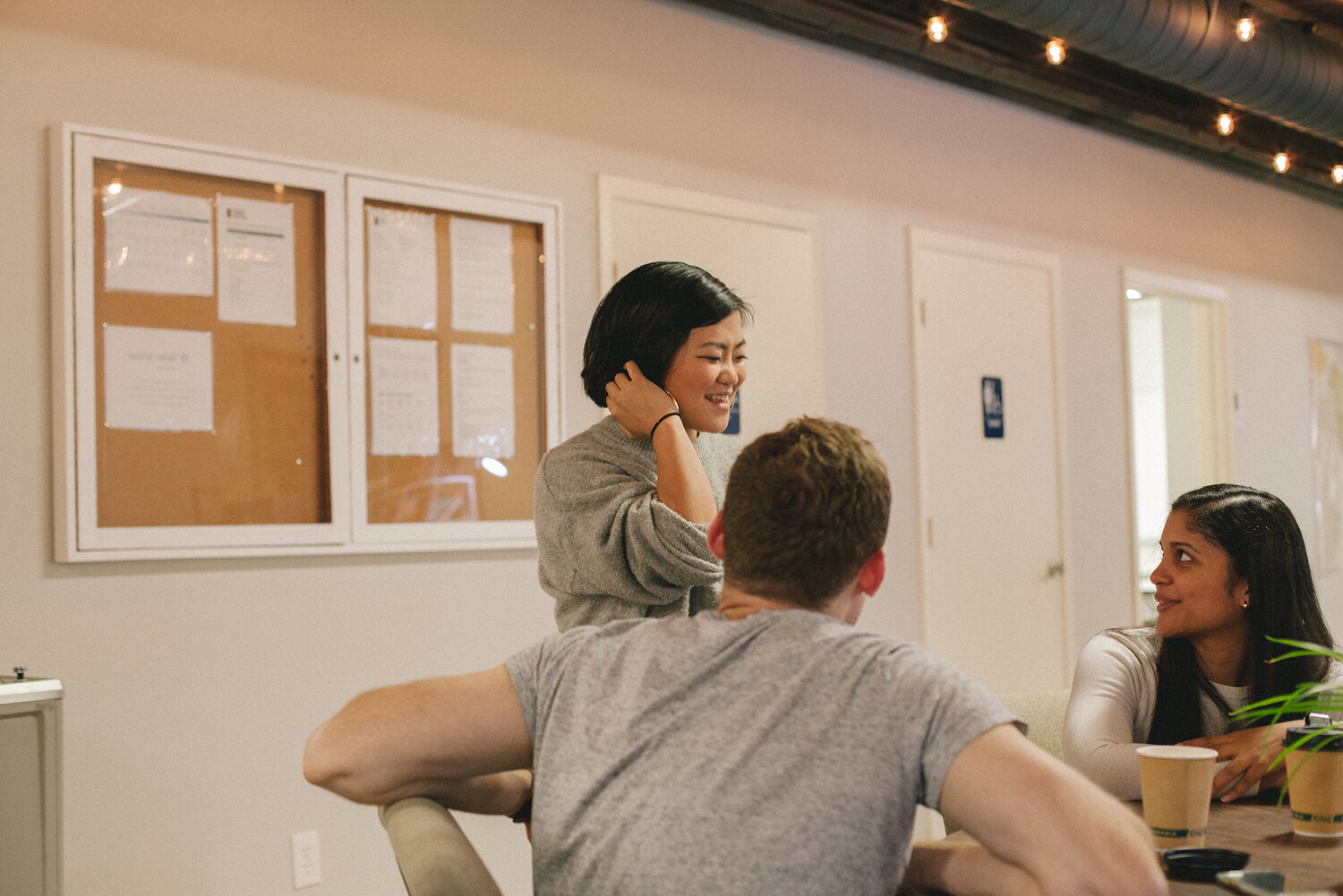 Coffee shops are limited, in a way, because they’re among those kinds of places where everyone coming through the front door has certain expectations about what they’ll see and encounter and the product they’re about to consume. Is there a place for a different approach, one that cares as much about everything you don’t see—from worker wages to how coffee is sourced to providing an opportunity for a career and not just a low-wage job where a proverbial clock is punched—as the transaction between barista and customer? Zan is betting—OK, hoping—that there is.

“For the majority of my coffee experience, I’ve had no reason to love it or even enjoy it,” he says. “If the people I was immediately surrounded by (customers, coworkers) weren’t bringing me a sense of community, then it was just a job. Coffee as a profession, even now, yields minimal rewards. Only recently has there been a shift in that feeling for many across the board, and I think that’s due to people meeting (either because of conventions or Instagram communities) and talking about issues we face, big and small,” says Zan. 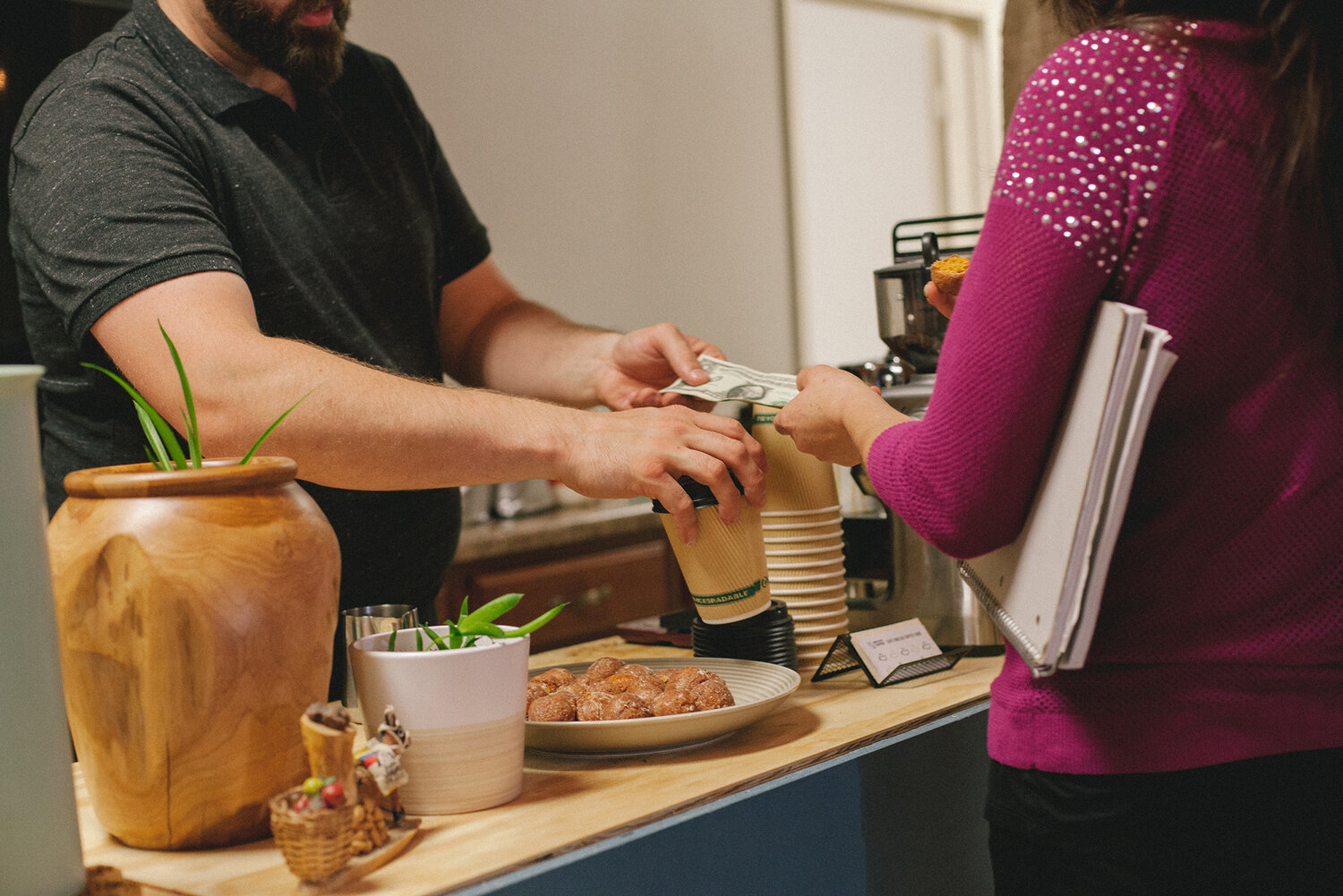 “Finding a place in the industry where I can contribute to sharing an appreciation of the realities many people face along the value chain and helping to adjust our perspectives and behaviors of how producers and consumers can and should socially and economically interact is what has made me really fight for a time when people can love coffee. Not because it looks or tastes good, but because of the lives it’s enriching. That time is not now, but people are getting around to talking about it.

… It’s a worthwhile period for people in the industry at any level to get a bit more involved.” 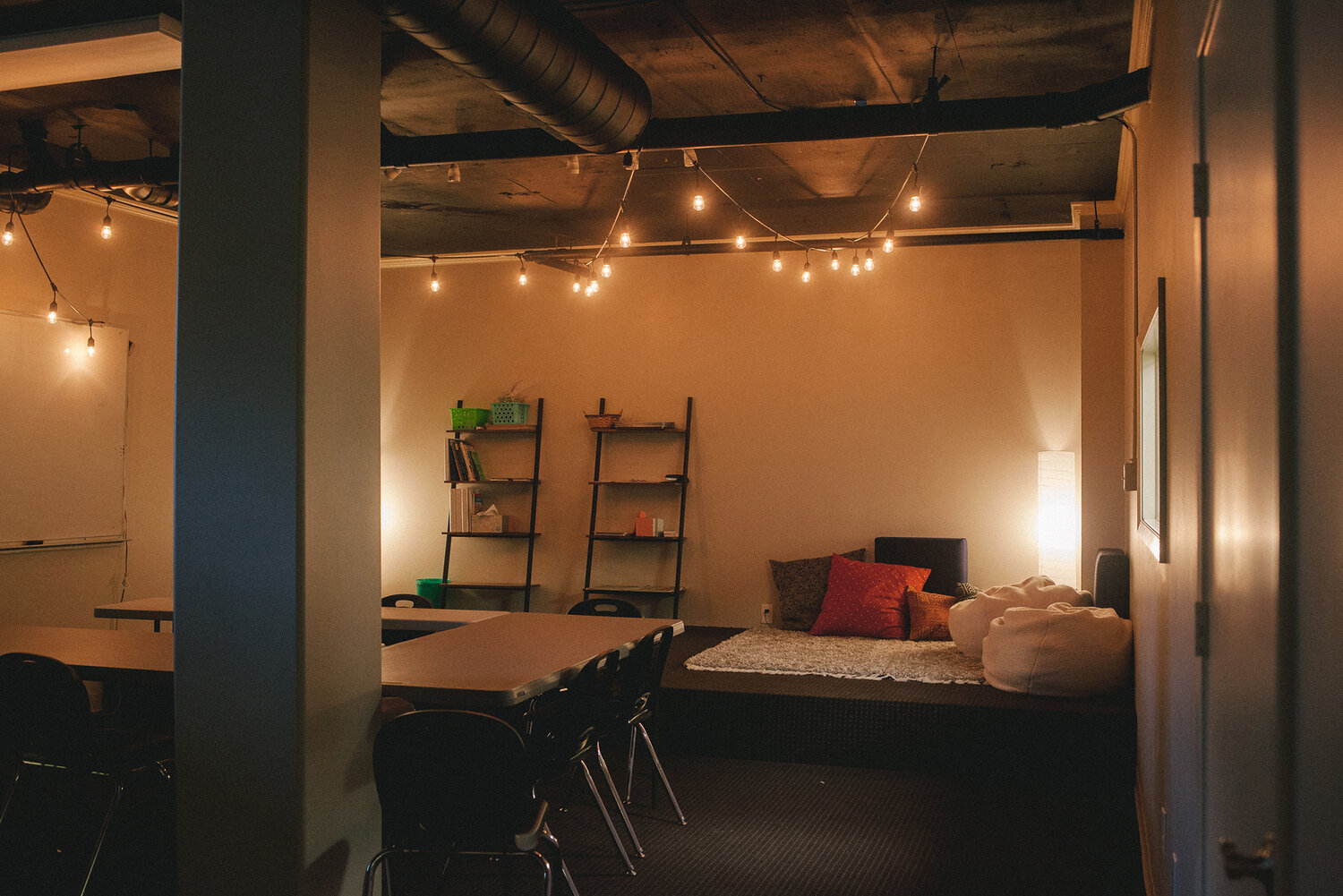 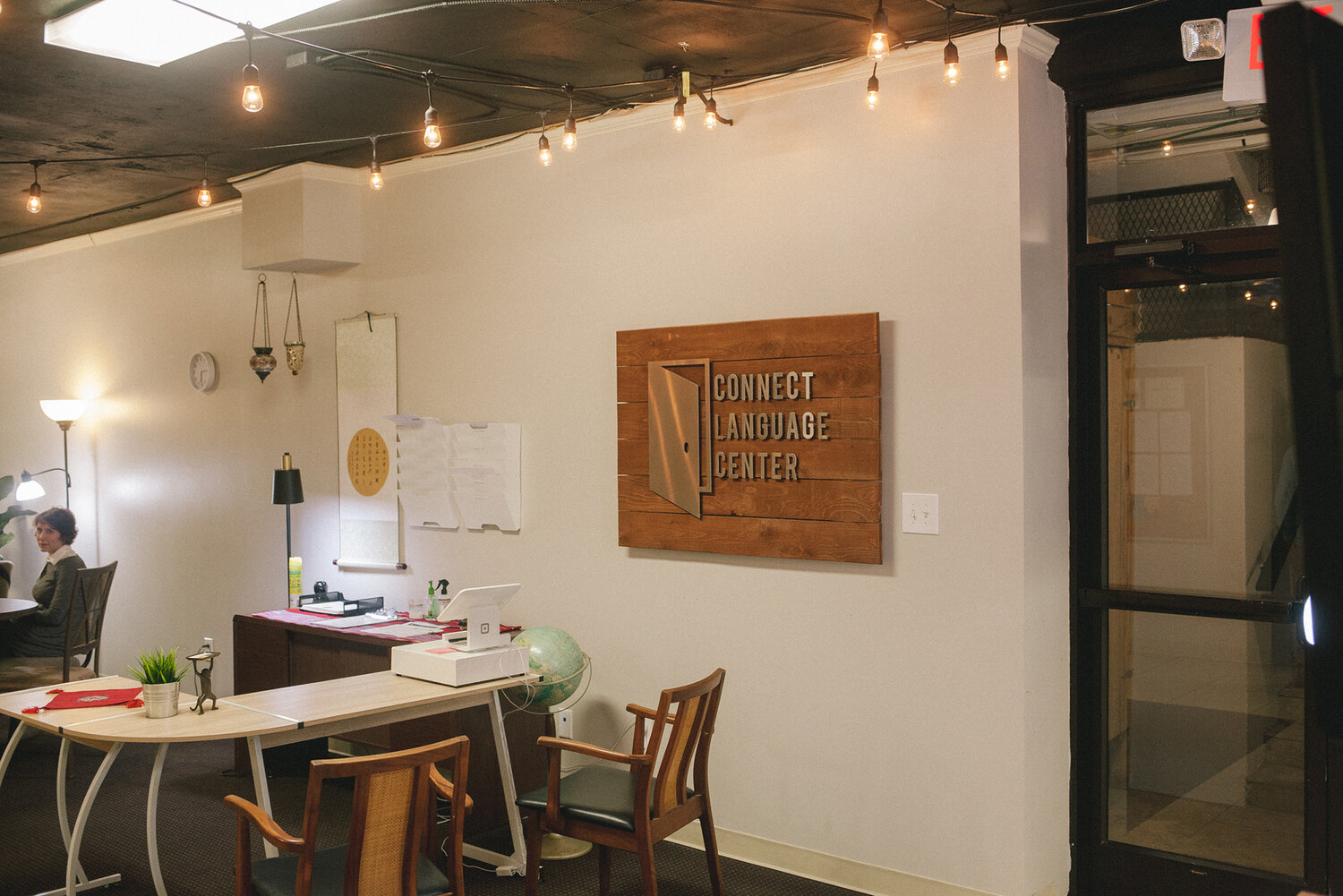 Café English, the café at Connect Language Center, in partnership with World Relief, is a Boycott Coffee program that works to create a safe and constructive space for conversation between ESL students (mostly from coffee-producing regions) and American, English-speaking volunteers. “The idea here is that while there’s a huge need to establish technical language skills in a classroom environment, there’s also an equally measurable need to build confidence in speaking English as a new language outside of the classroom. This space does that over specialty café beverages, including oat milk and crafted syrups, with coffee roasted by Boycott Coffee,” says Zan.

“We price all our beverages (no matter what it may be) at $2 by taking an average cost. For $20, each ESL student/volunteer/staff gets 10 drinks of their choosing, and refugee clients of World Relief get theirs free. 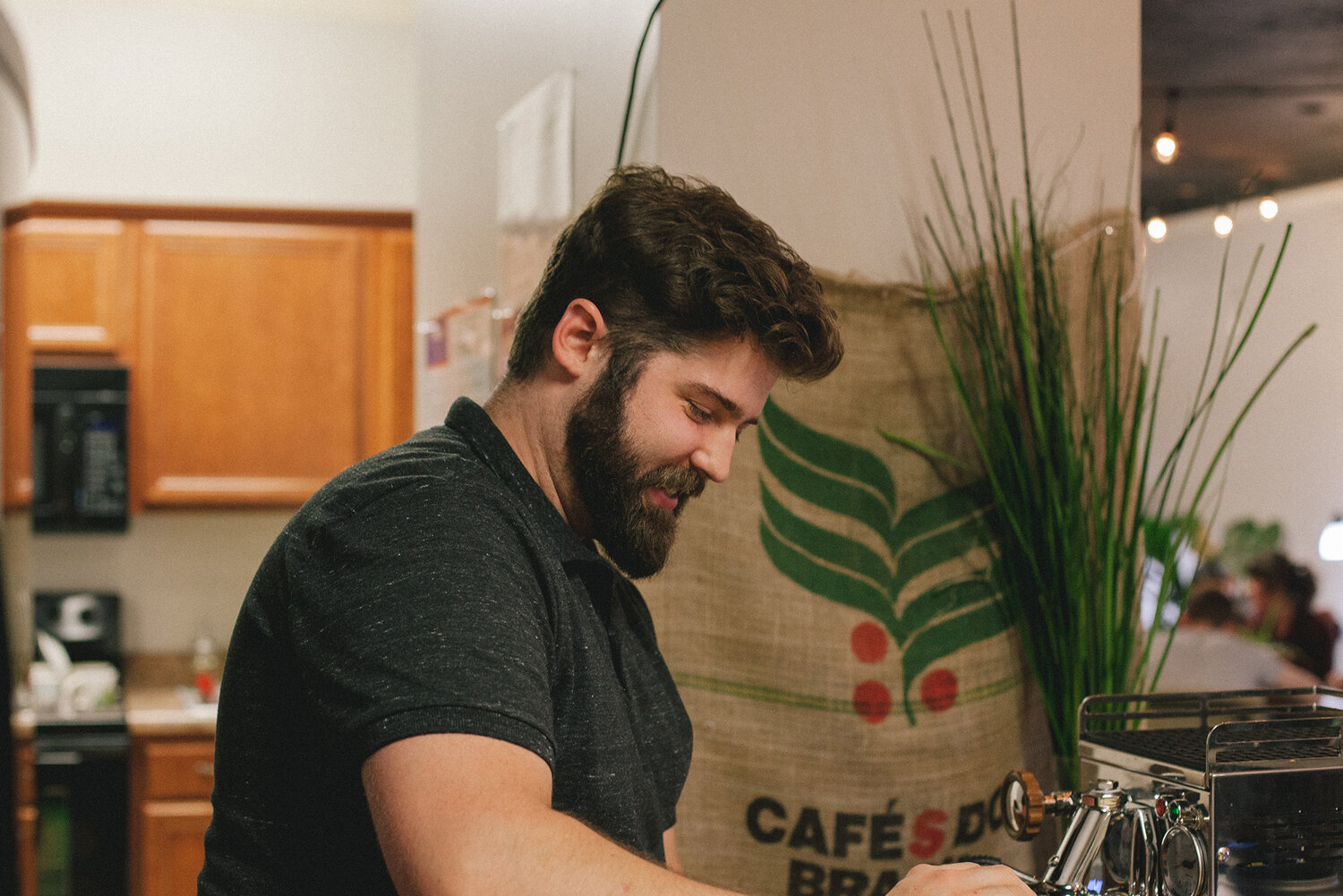 “The biggest thing in the coffee specialty industry is that, if we are to benefit from this crop, then we must acknowledge the people who come from or live in the countries where it is produced. Producers are not being supported, even at ‘fair trade’ prices, and it is causing an international coffee crisis.”

Café English is open Wednesday and Thursday from 5:30 p.m. to 6:45 p.m., with plans underway to operate in the mornings.

Follow Boycott Coffee on Instagram for the latest on their plans to open a new pop-up at the Commonwealth. @boycottcoffee

Averell Mondie is a photographer with a passion for developing narrative-driven marketing strategies and utilizing his creative direction to create spaces that yield a strong emotional connection. He has worked in the arts and community development sector for the past five years. @averellmondie

A Conversation with Andrea and Jon Allen