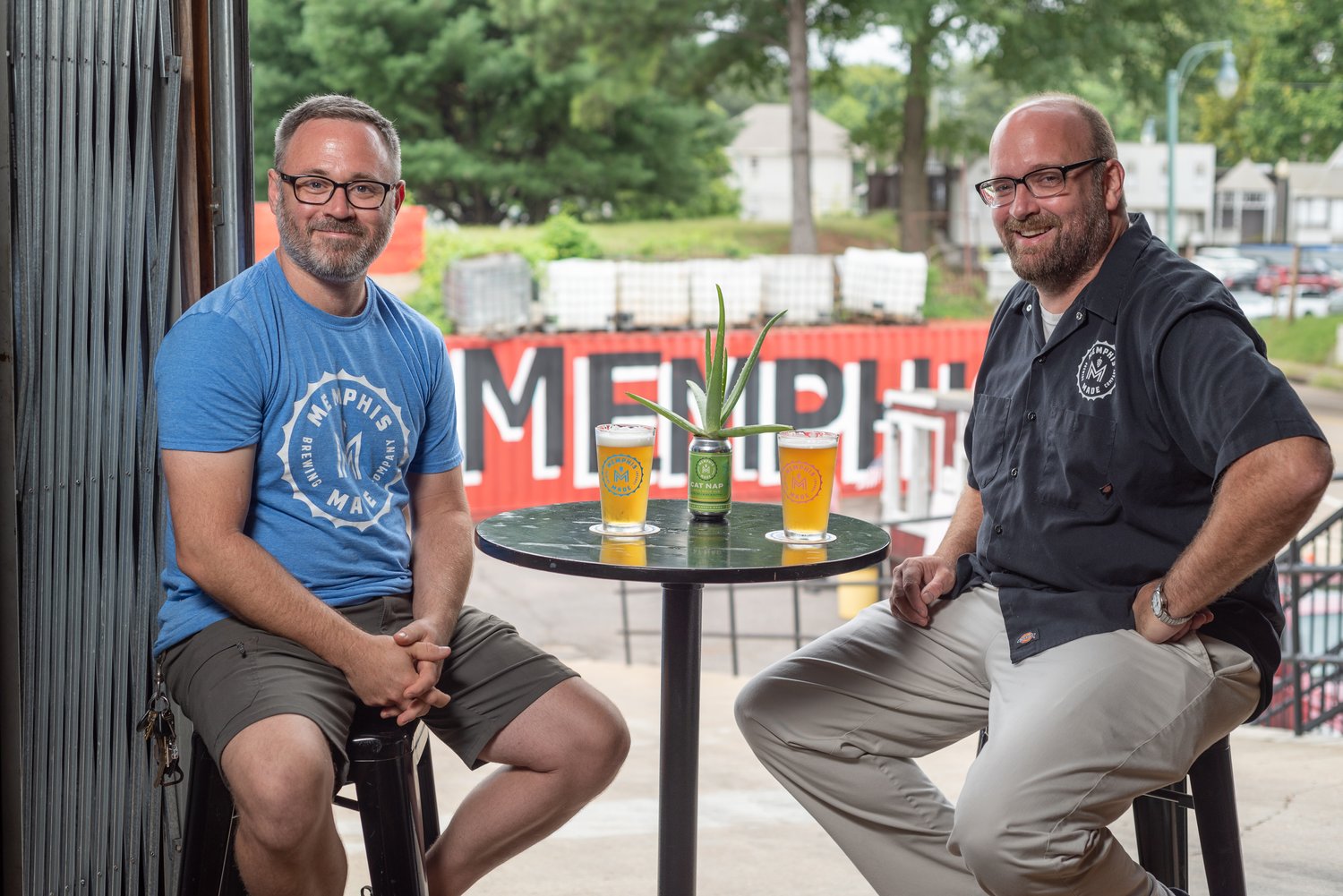 To make a living in Memphis’s food and beverage economies at this point in 2021, some 18 months into a global pandemic, is to abide by the following code, perhaps above all others: The only way to keep your sanity and your business plan intact is to always live for both today and tomorrow. To constantly juggle the flaming swords that today hurls at you, while also dreaming about and planning for tomorrow. And, in the meantime, to be quick enough on your feet to dodge any chunks of the sky that happen to fall.

This is why listening to Memphis Made Brewing Company cofounders Andy Ashby and Drew Barton talk about the future of their business can almost make one forget we’re still in the thick of the Covid crisis. They’re preparing to open a second, much larger location in the Edge District, planning a new taproom space inside the B Concourse at Memphis International Airport, expanding their distribution footprint, and upping their year-round beer offerings.

Success in life often comes down to a game of luck and of inches, and the guys behind Memphis Made will readily acknowledge how lucky they feel.

What else do you call signing an agreement with a new distributor and inking a lease for the new space, all before Covid struck, if not a lucky turn of events?

At the same time, luck ain’t what keeps the beer flowing.

No, to do that requires the other thing: forward motion. Toward tomorrow, and the tomorrow after that.

“We’re definitely in this for the long haul,” says Drew, with Andy nodding by his side.

“We can’t make a decision not to open a new location and a new taproom based on what might be happening over the next six months. If Prohibition happened? OK, we might rethink our business plan a little bit.”

The pair launched Memphis Made in 2013 after several years of planning, and Drew remembers, “Meetings, meetings, meetings. And if I didn’t mention it, also meetings.” The beer scene in Memphis was still a pretty nascent thing at that point. Boscos and Ghost River were already well-established, and then, within a six-month period, came the launch, one by one, of Memphis Made, Wiseacre, and High Cotton.

Drew and Andy started out with six accounts. Now, they sell beer to bars, restaurants, and retail stores throughout West Tennessee and North Mississippi. The Memphis Made taproom opened in Cooper-Young in November 2014. (Earlier this year, they added a beer garden in the main parking lot which doubled their seating and helped them weather the pandemic.)

“I don’t think we did any bottles that first year,” Drew continues. “We did a few along the way after that. But up until recently, almost all of our beer was on draft until we started canning in 2018. And even then, the majority of our products were still on draft. Obviously, things are a little different these days.”

In addition to canning and kegging a few year-round beers, Memphis Made also brews dozens of seasonal and limited-release beers throughout the year. And they’ve collaborated on beer releases with several local organizations and businesses, including the Cooper-Young Community Association, New Ballet Ensemble, and Goner Records.

They also take their role as neighborhood brewery seriously, and, yes, they both live in Cooper-Young.

Andy jokes that his commute to work is laughable. Drew says having neighbors as regulars is great. Memphis Made has regularly hosted fundraisers for Peabody and Idlewild elementary schools (where their children attend), spearheaded the annual Cooper-Young Beerfest for over a decade, and sponsored Cooper-Young Community Association’s annual 4-Miler for as long as they can remember. “We could give our profits to a national charity and never know if we were making a difference, but investing in our neighborhood is really impactful,” says Andy.

“We started off a little different than everybody else,” Andy says. “We started as a self-distributing brewery.

“Normally, you go through a distributor. We started off delivering the beer ourselves [in Andy’s Honda Fit]. And, really, just doing it all the way from grain to glass. That helped us build a lot of deep relationships with bars and restaurants throughout Shelby County.”

They recently acquired a truck that can deliver 500 cases of beer—a far cry from the original Honda Fit.

And they also were only seasonal to start with. Drew continues, “That meant, like, every two to three months we were changing up what beers we were offering. We didn’t have any year-round beers at the time.

“I actually thought we were going to be seasonal-only for the longest time. But as a business you have to listen to your customers. Andy will tell you—the first time we made Fireside? People just went bonkers.”

They’re having the same feeling with the Aye-Aye Captain tropical ale now on tap. “It’s got mango and pineapple,” says Andy. “It’s fruity, but drinkable, with a really clean finish.”

He says you can just tell about some beers. “People bring it up,” he says.

Year-round beers now include Fireside, which is an ale brewed with a base of Munich malt and steeped with European hops; Junt, a cream ale with a drier finish; Cat Nap, an India pale ale; and a hard seltzer originally called FUN but being rebranded s Fruit Snacks as Memphis Made gets the new location up and running. Memphis Made also plans to offer more seltzer flavors as it gets the new location up and running.

The new location is at 435 Madison Avenue, and one of its main benefits is its 17,000-square-foot size. The expansiveness will allow them to get a lot more beer out the door. 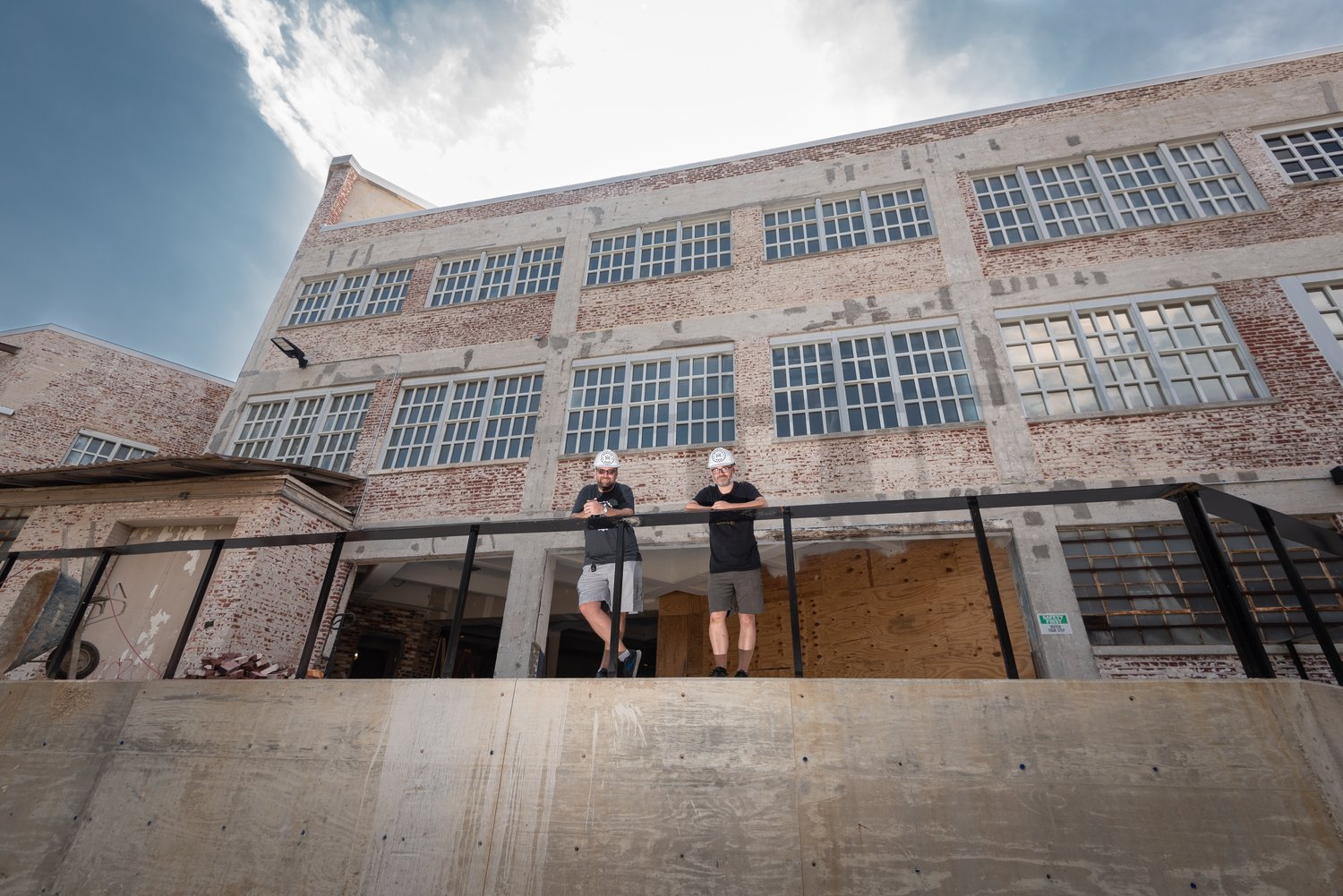 In 2019, the last “normal” year, Memphis Made produced 4,000 barrels. The downtown location has the capacity to do nearly three times that much.

“It’s a really unique space,” Andy says. “The taproom [is] kind of below ground level a little bit, overlooking The Ravine. It’s almost a natural amphitheater, where we can have bands or large-scale comedy shows—whatever we want to do, once things return back to normal.

“It’s definitely different, but that’s kind of what we built our company on.

Our existing space is pretty non-traditional, with our large ramp that leads to the I Love Memphis mural. And we like that, you know?”

Adds Drew: “We’ll be able to offer more seasonals as we go. And expand our footprint also. We were only available in Shelby County for years and years. And then, finally, with the pandemic happening, we were able to pivot some of our sales over to North Mississippi.

We’d actually signed an agreement with a distributor in Mississippi just before the pandemic. Since then, we’ve moved into a little bit of West Tennessee, and we’re poised to cover the rest of the state once we get the new facility up and running.” 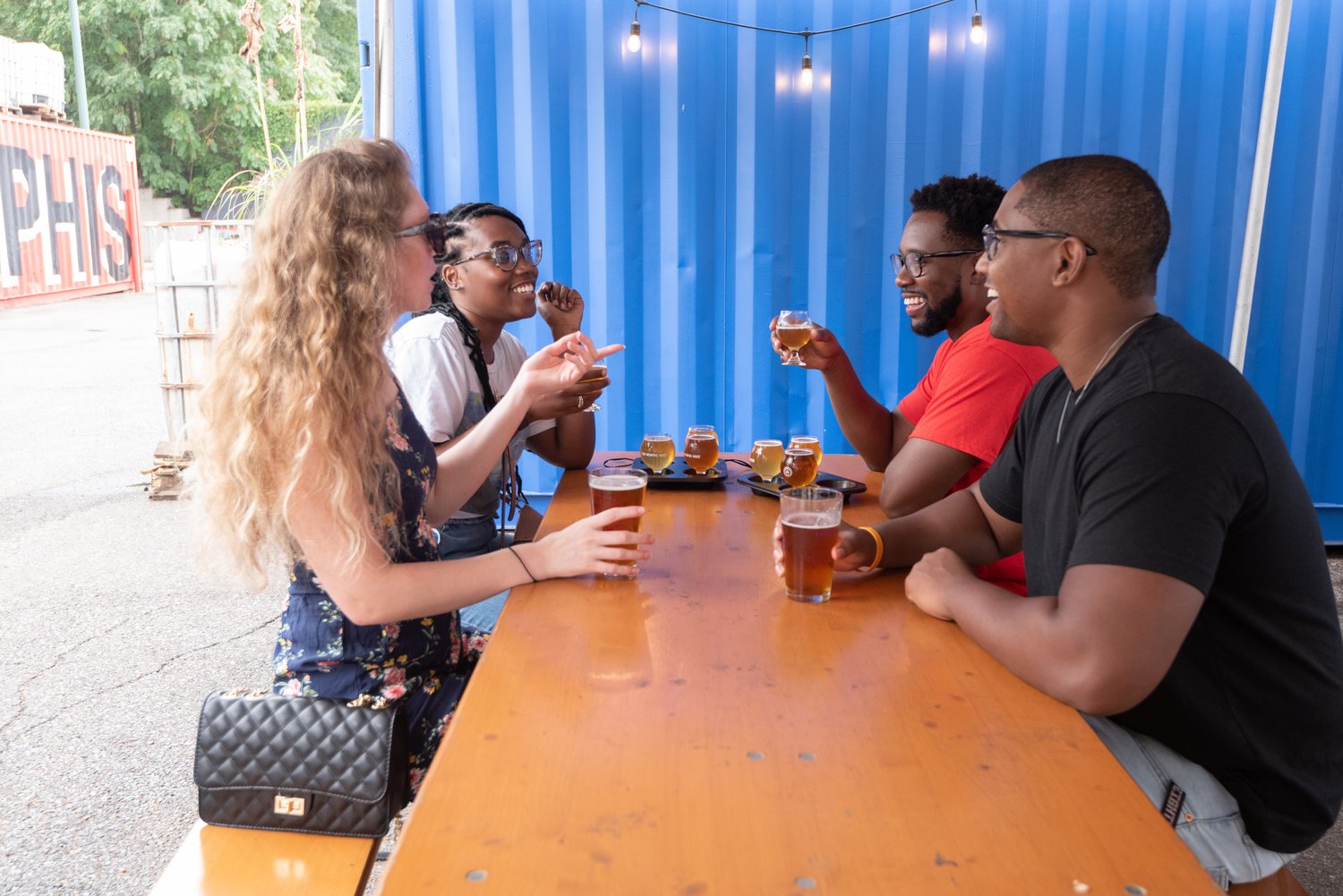 Again, this all speaks to that eye-on-the-future, live for both today and tomorrow mindset that helps keep a story like Memphis Made’s going. It’s a story that will also eventually include the opening of a taproom at the Memphis airport. “We’re doing the finishing touches right now,” says Andy. It’ll be right when you get through security in the B Concourse, in a space just off to the right. A Junt to shake off the frisking; a Fireside to pass the time.

Put yourself in the shoes of these two entrepreneurs. Hammered on all sides by Covid, including customers hunkering down at home, not spending as much money as they used to. Not going to bars. Stringent public health measures introduced. And on and on. Yet, in spite of all that, these guys talk about the future, and about things eventually getting back to normal, their future plans, and all the rest of it, with self-assuredness.

“It is what it is. And we’re ready to roll with more punches if we need to.”

Chip Chockley, an attorney by day, has been a professional photographer since 2008. Things that make him happy include tacos, mai tais, and his wife and kids. @chipchockley